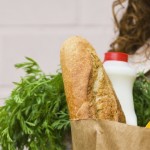 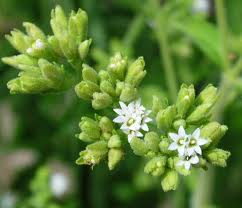 Many of you know that Stevia is the new favorite zero calorie sweetener to hit the market in recent years. It hit with a vengence similar to Splenda when it was first released. It is being advertised as all natural and safe. I thought I would take a minute and give you the 411 on this relatively new product in our markets.

Stevia is a plant native to South America that has been used as a natural sweetener for centuries.  Stevia is scientifically know as steviol glycosides, which has glucose as part of its molecular structure. Stevia has been involved in more the 200 studies which have determined that is is safe for human consumption. The FDA and the Joint Expert Committee on Food Additives have supported the claims that it is safe.

Stevia is currently being cultivated in primarily in South America but small scale growing trials are being conducted in the United States.

Steviol Glycosides have been found to be significantly sweeter than fructose. Fructose, remember is known as the fruit sugar. Stevia has been used for centuries as a medicinal treatment for Diabetes Type 1. It has been found to encourage insulin production which is a problem with the Type 1 diabetic patient.

The World Health Organization has determined that a safe consumption of steviol glycoside is 4mg/kg of body weight per day before toxic effects are seen. For a 140 lb person that is about 252 mg/day. Stevia was banned in the U.S. from 1991-1995 stating that more research needed to be done to determine its safety for the long term use in humans. The ban was lifted in 1995 stating that as long as consumption amounts were stated clearly the product could be reintroduced to the mass market. In 2008 the FDA gave “no objections” to the use of Stevia products in the U.S. food industry.
Information primarily derived from the Global Stevia Institute website.

All of the facts being stated many of you probably want to know what my opinion is on this zero calorie sweetening product. I have to say that for me the jury is still out. In my experience items that are pulled from the market and then returned to the market multiple times raise a red flag of concern for me.

My second issue is that we need to stop looking for free reasons to consume sugar. The problem that arises when we do this is that we don’t “own” our decision to eat sugar. When we do not own the decision we frequently allow ourselves the free reign to over use it. As with high fructose corn syrup the problem is not in the syrup it is in the over use of the product. I believe “free” calorie products also slide us into a place of automatic pilot with our food. We need to be conscious and we need to be purposeful in all of our food decisions. The stand I take with my family is, we eat what we know has been safe for generations and we eat consciously. If I am going to have sugar I better be willing to give my body the calories it comes with. If you are a diabetic then my challenge to you is, know your dietary exchange. If you are going to eat sugar than eat it and make smart sugar and carbohydrate choices the rest of the day. For 100’s of years diabetics did not have “free” sugar and they were able to live full fulfilling lives with blood sugars that were managed better than they are today. I do not believe there are many things that are free in life. I believe you will always pay for it somewhere.